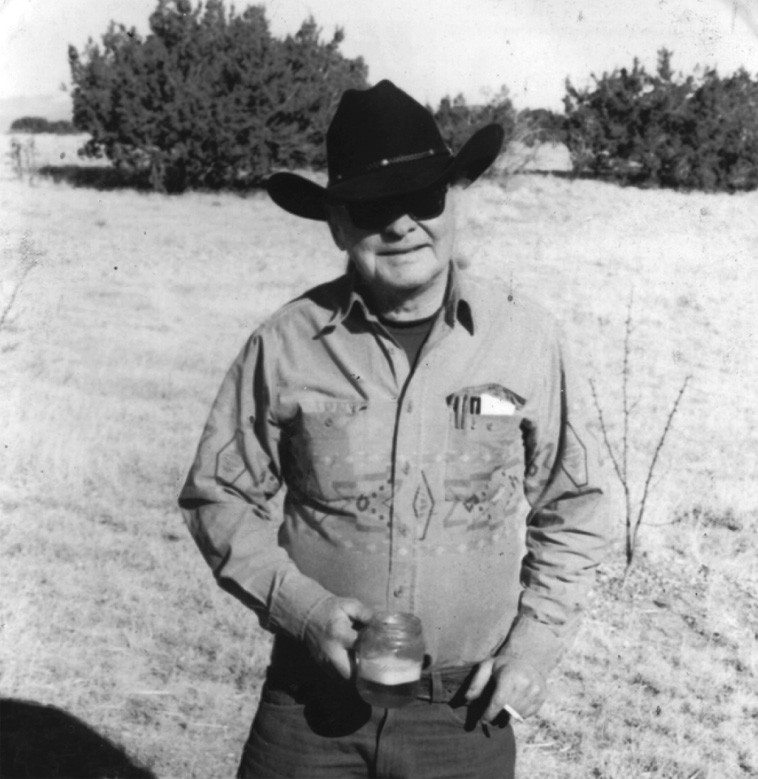 Argos says it was 1997
When he built the cabin for Kell.
Back then
We all read poetry on his birthday
At the Cowgirl Hall of Fame
And Mitch Rayes’ wife gave Kell a
Sack of marbles, saying he had clearly lost his.

And Frank’s mate, Doña, barrel racing at the Galisteo rodeo
Doña Dillenschneider who grew up in the sixties
On a ranch at Lone Butte.
Doña who sang in cowboy bars
In Santa Fe at the age of sixteen.
Doña who still rides horses
And dances to the New Year’s Eve music of Joe West at the
……….Mineshaft in Madrid

Friends of Kell’s.
Tom Nordstrom, Larry Goodell and Martha Straba from Placitas
Tony Moffeit from Pueblo who performed poetry with us in
……….Raton
Taos Santa Fe and Bernalillo.
Lynne Wildey, Bob Kaufman from San Francisco
Bar keepers
Felix Silva and Lena at the Silver Dollar and Ross the mayor of
………..Colfax
Pat White’s Last Chance Bar on the Indian edge of America

These connections the gifts
He gave to me.

It grieves me no end to lose those years
Of books and politics and human emotions
A lost friendship built on trust and truth
Real cowboys don’t cry. 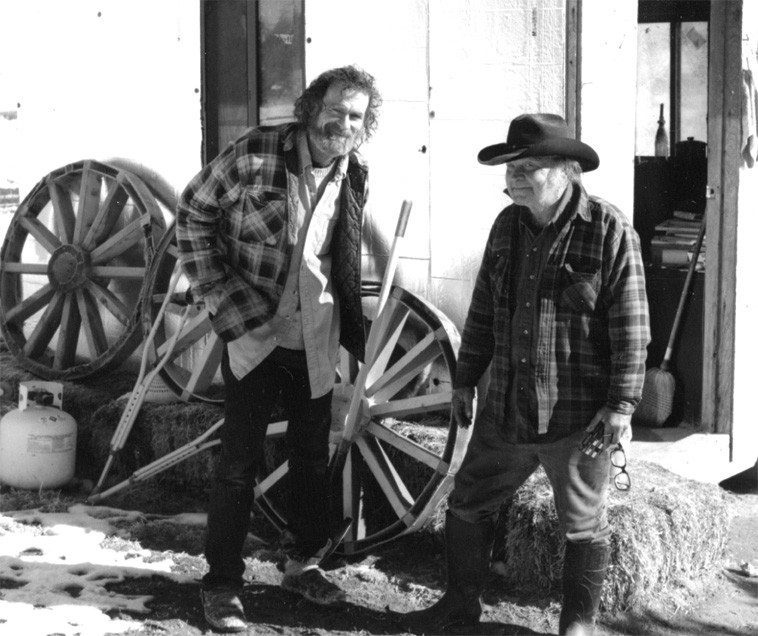 Beneath a grandfather cottonwood tree
Leaves rustling brown
Skittering over a dusty road
Down Waldo Draw
Kell is gone.

Just this past summer.
Just this last September
When green leaves filled thick branch and trunk
When shade meant cool relief
When cold beer and grand ideas
Filled the canyon with poets’ talk
And drunken laughter.

We spoke of his approaching death and that of my own
He wondered why the end came so slow
He said Argos would take him to the emergency room
If it got too bad.
He said he wanted to die
At home. 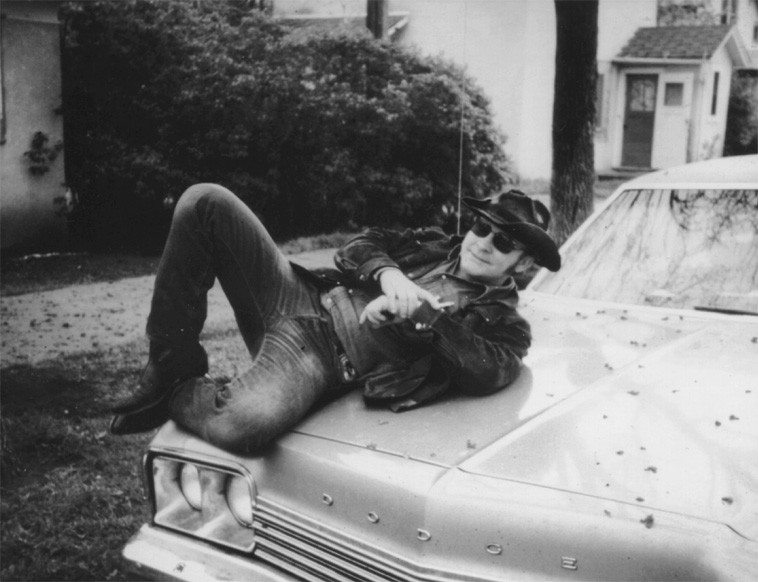 Kell passed over peacefully yesterday
November 7th at 9:45 in the morning

He breathed his last desperado breath with dignity
And on that day he held my hand
Letting me know he was glad to see a friend
One last time. On the music box Kell’s voice
Filled the candle-lit room. “Rescue the Perishing
Care for the Dying,” and here’s what I saw:

Joanie and Bruce and Summer from next door
Who had cared for Kell 14 years and more.

Argos and Corinna on the edge of Kell’s bed
Settling his sheets
Whispering words of loving concern
Watching for Kell’s final rapid goodbye.
Measuring morphine drops
Easing the pain.
Those little sponge lollipops of Dr. Pepper
To soothe his dying thirst
A wipe of cloth to dry his brow
A kiss on the forehead.

I walked out as people gathered inside.
“He’s gone,” Argos said.
I had enjoyed our last goodbye
Under the cottonwood trees of Waldo Draw.

Martha reached down to drop a rose on his breast, and then
She fastened a new Indian band on his old black hat
Before four men lowered a rope with board and body
One last cowboy with a worn leather book bag
Slung as always over his right shoulder.
Entombed like his poetry in the beloved New Mexico Mother
……….Earth.

Mike Goode sang at the grave we’d dug
“Another hole to fill,” and “I’ll Waltz Across Heaven With You.”
I read Kell’s poem, “Of Bats and Drunks”
Other poets read songs of their own poems
About heroes and drops of blood
Fading away on a stone.