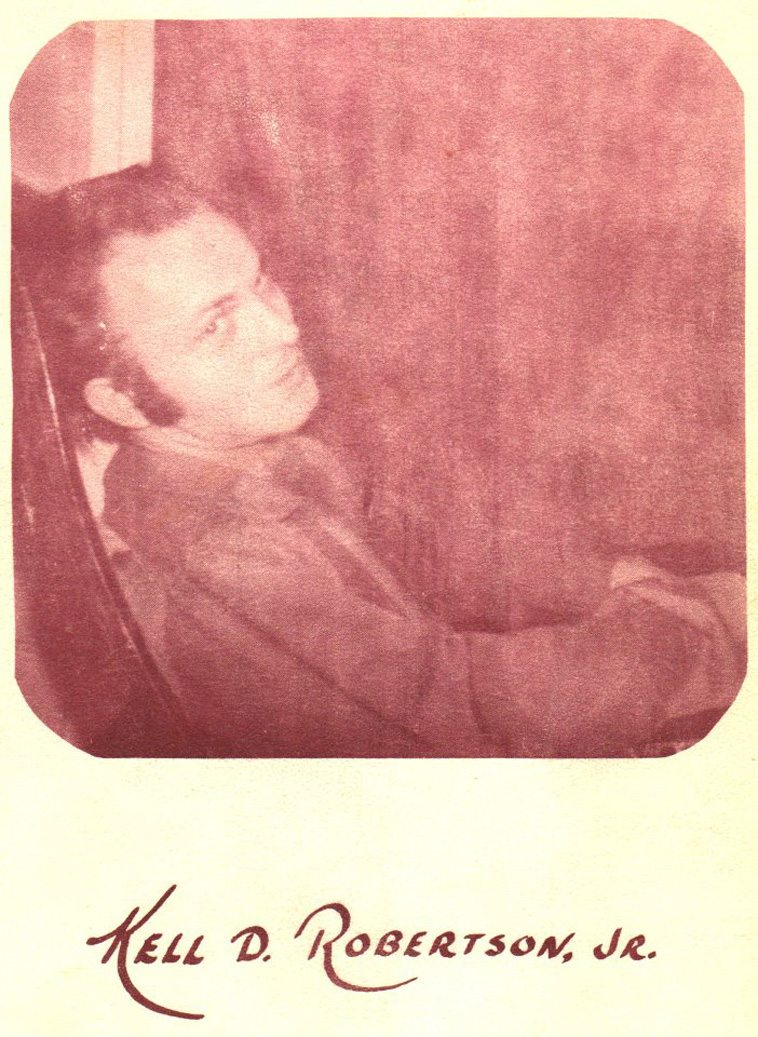 back cover of “Toward Communication” his first poems, from Grande Ronde Press (Sacto(?) California), 1967. first poem is: “In Albuquerque/a sea gull/on the Rio Grande/dove under the bridge/came out the other side/two sparrows” K.D.R.jr. — Larry Goodell

Robertson died on the property where he had lived for about 15 years, southeast of Santa Fe near N.M. 14. A friend and neighbor, Joanie MacCallum, said he’d had a peaceful night surrounded by loved ones.

On Sunday, friends visited along with his daughter, Penelope Read, who flew in from San Francisco to be with the ailing poet, sit at his bedside and hold his hand. But though Robertson had been talking, joking and telling stories the night before, friends said, by Sunday afternoon he’d slipped into unconsciousness and never awoke.

Robertson was hospitalized about three weeks ago for liver problems. On Saturday, the hospital released him, telling friends that he had only a few days to live. 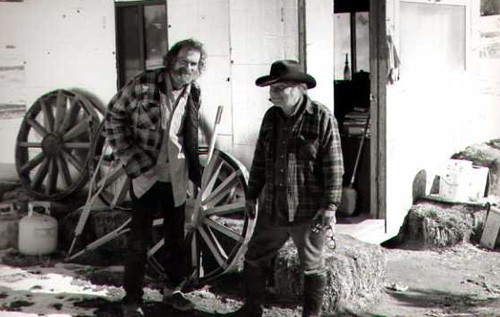 He had lived since 1997 on the property of fellow poet Argos MacCallum — Joanie’s brother-in-law. The two had met in 1989 at a poetry event at the Caravan of Dreams Performing Arts Center in Fort Worth.

MacCallum allowed Robertson, who at the time was homeless, to move into a small building on his property. Robertson referred to it as a “converted chicken shack,” though in reality MacCallum built it for Robertson three days before he moved in.

Robertson often described himself as “an old drunk.” His songs celebrated a life of “Guns, Guitars and Women,” as the title of one of his tunes said. He sang of saloons that were “cool and dark inside.” Friends remember him with an ever-present cowboy hat on his head, a beer in one hand and a cigarette in the other.

In a 2004 interview in No Depression magazine, Robertson said, “I’ve always thought that my biography is in my poetry and songs.”

He said he was born in 1930 in Codell, Kan., the son of a saxophone player who abandoned the family when Robertson was a toddler. His mother remarried a man who kicked him out of the house at age 13.

But that was not before his mother took him to see Hank Williams play in Louisiana. “I was a hood,” Robertson told The New Mexican in 1998. “My biggest thought [up to that] time was I wanted to own a gas station or rob one, make some money, get a chick and ride across the South being Jesse James or something. But then I went to see Hank Williams and saw what he did with that audience. How he touched everybody so deeply. I figured to myself, somehow I’ve got to do something like that.”

Through the years, he earned his living as an usher in a movie theater, a fruit picker, a dishwasher, a soldier in the Korean War, a disc jockey at country and jazz stations, a bartender and an insurance salesman. At one point, he says, he took classes at a police academy in California before deciding against a career in law enforcement.

He also fell in with San Francisco’s North Beach scene in the 1950s and ’60s, and he published a mimeograph poetry magazine called Desperado in the ’60s.

“I would say Kell Robertson is one fine cowboy-poet, worth a dozen New Yorker poetasters,” poet Lawrence Ferlinghetti once declared. “Let them listen and hear the voice of the real America out there.”

Said MacCallum: “I think he should be remembered as a major American poet. To him, poetry was a job. And he did it with relish.”

Besides publishing several books of poetry, Robertson released three CDs of his music, all of which were recorded after he moved to Santa Fe. He performed locally in places like the now-defunct Oasis Cafe and on KSFR radio.

Longtime musical cohort Mike Good, who flew from Ohio to be with Robertson on his final day, said Monday that he took at least four road trips across the country with Robertson. “We drove the back roads, just seeing everything and talking,” Good said. “He really opened my eyes on how to perceive things. … He was really connected up there where all that — poetry and music — comes from.”

In one of his songs, “I Always Loved A Waltz,” Robertson contemplated his own epitaph:

His most recent performance was a poetry reading in July at Teatro Paraguas Studio with MacCallum.

Robertson will be buried Tuesday in a private ceremony on the MacCallum property. MacCallum said a public memorial featuring music and poetry by Robertson’s friends is being planned for February. — Steve Terrell | The New Mexican | Monday, November 07, 2011 – 11/8/11