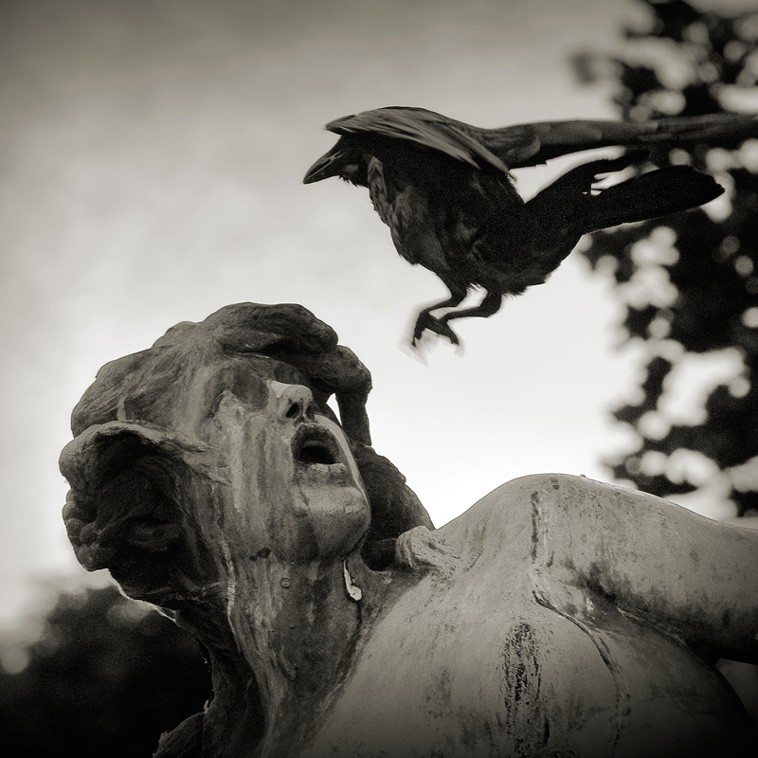 As sight grows dim
and things spin around us we’ve got to hang on
to the wheel as long as we can. Don’t bail out
hang onto the goddamn wheel.
Hang on.

This quote is from the last line of the last poem of Kell Robertson’s in the Spring 2011 issue of this publication (Malpais Review), where he was the featured poet. He had been hanging on for a long time. He didn’t let go of the wheel, certainly not in a literal sense as he didn’t have a car. He held on as long as he could to the wheel of life, to his guitar, to his words, still the hellion when drunk at times, betrayed by his liver, strangled by his past in the sense that his alcoholism was his escape from a rough and tough childhood of violence and abandonment.

Not to mention a rough and tumble adult life as well, poverty a constant companion, hitchhiking, living wherever he could, taking pleasure when possible, escaping from each battle for survival with whatever he could carry. On the other hand, he gained some fame for his songs and poems in the 1960s and 1970s, in San Francisco, and other places, where he performed with many well-known writers and musicians.

He did gain some recognition at that time, but when that time was over, Kell settled in New Mexico. He became a New Mexican, one born in small-town Kansas who had traveled the country on the vehicle his words and his guitar, but he died a New Mexican, having lived here the last 15 years of his life, scattered his words, his songs, his life in among the trees, mountains, and high desert.

He was a good poet, a bad drunk and perhaps the outlaw’s outlaw. I can see him now in his cowboy boots, his cowboy hat, with his guitar slung over his back, a sheaf of poems in one hand, a beer the other. And he insisted to the end that Lawrence Ferlinghetti was wrong when he called him a “cowboy poet,” though he loved the accolades of that Beat Poet, and Kell was right, he wasn’t really ever a cowboy, but he did look the part. And his music, his song-poems, though classified as folk music by some, were mainly Country & Western as he saw it. Whatever it was, it was good. And he did all of the work: wrote the songs, made up the music, arranged the tunes, recorded them with his voice, and played guitar, then performed them at clubs, or wherever. He really preferred to sing and play rather than to just read his poems.

The loss of Kell Robertson and his immediate voice is a loss to the state, to poetry, to the tradition of the outlaw poet, a pícaro who survives by his wits, as a coyote trickster at times, getting from life what he could when possible, abandoning everything when necessary, hassled by authority, beat up but always hanging on.

Till now. He was the real thing, but if you got too close, it could be painful, and he could anger you with his stubborn self-destruction. He could tell you what it’s like to live in this rich nation ruled by worthless money grubbers (and their bought-off pols) from the perspective of the downtrodden. He knew whose side he was on, he was the Outsider who had the perspective to tell the truth (and he did). He detested the Exploiters, always took the side of the underdog, the poor, the people, and he survived the best he could in a society where the Rich have been waging Class War against all other social strata. You can touch the ground in Kell’s poetry, you can feel the pain, you can get drunk, you can see life from the other side, from the side of The Other. — Gary L. Brower

tony moffeit | the lost poem at the end of the universe